Much like hybrid or remote work, freelance talent should be viewed as a mainstay of the current professional environment. They provide your organization with valuable expertise and experience. 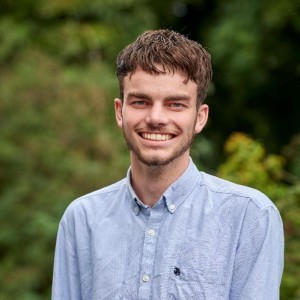 What will you learn?

Freelancers, according to a report by global consultancy Deloitte, are going mainstream. What was once seen as “supplementary” work to full-time occupations has grown to staggering proportions.

“Freelancers are the fastest-growing labor group in the European Union, with their number doubling between 2000 and 2014; growth in freelancing has been faster than overall employment growth in the United Kingdom, France, and the Netherlands.”

Since then, the numbers have only increased. A 2022 survey from Boston Consulting Group reveals that “53% of freelancers [in Europe] surveyed acquired this status less than four years ago.” They are also diversifying and expanding their expertise: “Digital professions, such as SEO experts, UX designers, web designers, social media managers, [and other content marketing-related roles] increased by 27% between 2020 and 2021.”

In the US, this growth is equally impressive. Says Jessica Alsford, Morgan Stanley’s Head of Global Sustainability, in an article entitled “The Gig Economy Goes Global,” “[There], the freelance workforce has grown three times faster than the overall workforce. “Freelancers now represent 35% of the total U.S. working population and could represent more than half of the nation’s workforce by 2027.”

Such growth also shows global organizations’ increasing reliance on freelancers, contractors, and gig workers. This reliance, however, means that these organizations must take steps to attract – and, ideally, retrain – the best freelance talent, creating strong B2B relationships that will elevate both parties.

But relationships with freelancers are different from those cultivated with in-house or full-time employees. As such, this means you and your organization will need to adapt in your approach to sourcing and keeping them around.

“As the gig economy grows, a challenge for corporates moving forward will be how to keep freelancers engaged and, internally, preserve their culture as on-staff employees take note of the flexibility freelancers enjoy,” Faty Dembele, a Research Associate at Morgan Stanley, said.

For this engagement to occur, focus should be placed on three main topics:

In its report, Deloitte reveals that 41% of survey respondents believe that establishing processes for managing freelancers is important. Only 8%, however, have “best in class” processes in place, with 38% believing there is room for improvement – and 54% having inconsistent processes, or none at all.

Such processes, however, are key to maintaining healthy and productive freelance relationships. They allow organizations to easily pick and place talent on an as-needed basis. The article points to popular engineering and consumer technology company Robert Bosch GmbH – commonly known as Bosch – which has developed Bosch Management Support GmbH, a subsidiary it uses “to manage its on-call contingent workforce of more than 1,700 former and retired Bosch employees worldwide.”

This enables Bosch to quickly dip into a pool of freelance or contract talent, select who is right for the job, and start a project. The result? “A 92% satisfaction rate among these workers’ customers.” Another method by which organizations via what Morgan Stanley refers to as a “Freelance Management System (FMS)” – a digital platform that enables businesses to “self-manage their relationships with freelancers.”

According to Demble, “an FMS can reduce geographical, informational and administrative barriers in the hiring process. It can also streamline the process of sourcing and engaging a candidate, assigning projects and invoicing and paying freelancers.”

Organizations would also do well to establish and maintain clear channels of communication with freelancers regarding availability, project feedback, and role.

In a May 2021 article, Forbes outlines factors for successful, HR-led initiatives in attracting, managing, and retaining freelance talent. Both freelancers and in-house employees, the article states, must have a clear idea as to the role of the freelancer within the organization. This transparency “depends on leaders to define and communicate it, and properly implement it.”

The article also touches on feedback. The “best companies” set up their freelancers for success, offering such measures as a “clear statement of work, realistic measures and milestones, a thorough on-boarding, ongoing support, regular check-ins and two-way feedback.”

Additionally, responsibility is on organizations to provide managers with the training and skills they need to interact and manage freelancers, which is both “essential and lacking.” Such trainings include the ability to create strong, foundational briefings on which freelance talent can create content, as well as time management skills that enable the handling of simultaneous projects.

While external, the best freelance-business relationships see freelancers as extensions of the organization – and take strides to include them, “[finding] ways to create an environment of colleagues and collaboration,” according to Forbes.

Like in-house employees, freelance talent desires a personal connection with clients or employers. To give them one, Deloitte says, it’s important that they “be treated with respect with regard to culture, inclusion, and work assignments—and that perceptions on all sides reflect these values … the greater risk is arguably that alternative workers will feel they are treated as outsiders—thus potentially damaging an organization’s overall employment brand.”

It’s also important to note that organizations working with freelance talent must not neglect their in-house employees, who have front-row seats to the increased flexibility freelancers enjoy – and the privileges that come with it. Striking a balance – and not favoring one side over the other with more interesting or engaging assignments – is key to managing a team that consists of both types of workers.

Much like hybrid or remote work, freelance talent should be viewed as a mainstay of the current professional environment. They provide your organization with valuable expertise and experience, essentially enabling you to create a customized team for any given project. To get the most out of them – and to retain their talent – you must put in the effort of communication, collaboration, and changing the way you might have previously viewed the freelancer.

Deloitte concludes, “Organizations that take this workforce seriously can build strategies and programs to access and engage talented people wherever they may sit in the labor pool, driving business growth and extending the diversity of the workforce.”

So, what’s the next step – and are you ready to take it? Contentoo is here to help, offering Europe’s go-to platform for content marketing talent. Schedule a demo today to see it in action

Ludo Thörig is Contentoo's content magager. He started as an intern several years ago, but decided to stay after obtaining his master's degree in marketing.